It’s been almost a month since my last post; unfortunately because there’s been a lot of sadness in the interim. My Grandfather went into the hospital, then hospice, and then passed away. It leaves me with a tangled mass of thoughts and emotions that will take a long time to unravel, which I’m inclined to do very slowly an in the privacy of journals rather than here, but I do want to write a little about my Grandfather, because he was a hero.

It wasn’t often talked about, but he was a World War II veteran and Prisoner of War. He flew a B17 Bomber and survived being shot down and put in prison camps and forced on marches. I didn’t understand this growing up. I knew my Grandfather made beds for my dollies that my Nana sewed quilts for and fixed numerous things for us. I knew he liked my drawings and my clay figures. I also knew he was a veteran and a POW, but I didn’t really understand what it meant. I learned about WWII over the years in school and on TV, but still there was a disconnect between that and my Granddaddy. Even now, I don’t fully understand the importance of it and it really didn’t even begin to dawn on me until I heard a description of all the things he did and of what happened while he was a prisoner at his funeral.  It feels almost surreal to suddenly realize that there is a whole different dimension, multiple dimensions, to this person you’ve viewed through the eyes of a child your whole life, but I am glad, because he was a hero who protected freedom.

The funeral was the only military funeral I’ve ever been to. Unfortunately National Cemeteries are incredibly busy with funeral after funeral day after day, so there’s a time limit on the service and it was very abbreviated. It was a sad experience, but great in its own way to see the respect given by all. I was asked to take a few pictures, so here are a select few. Hipstamatic recently released a film that included a red, white, and blue stripe in the corner and I was glad to have it for this occasion. 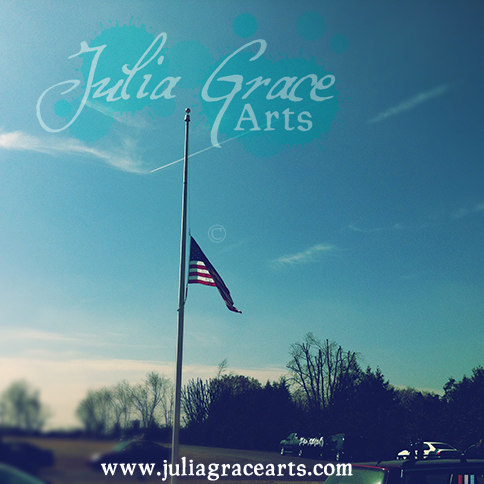 The Honor Guard who shot a volley of rifle fire. 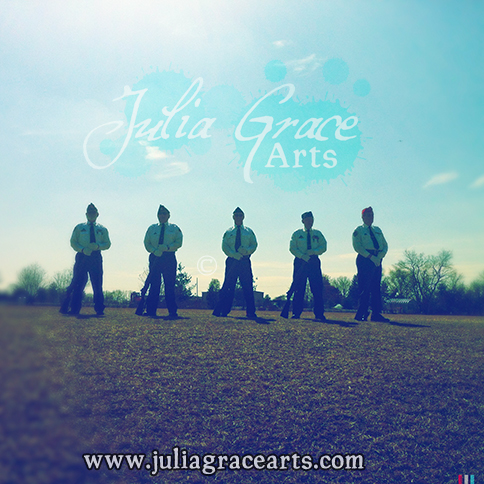 The bright sun threw the pavilion we were under into deep shadow, so I opened up my HDR app on my phone to capture this last salute. 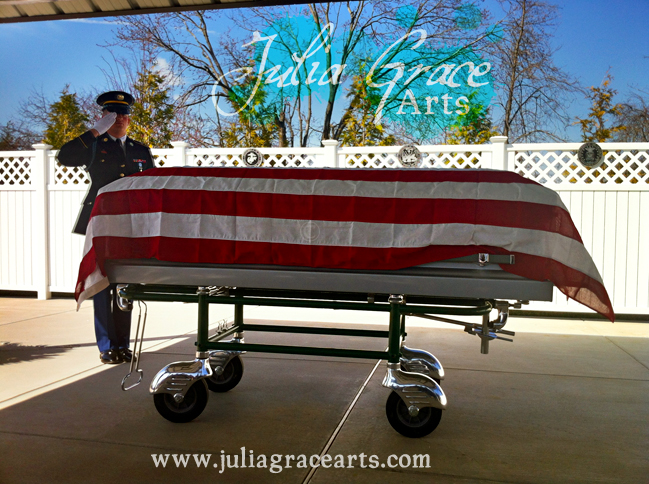 A close up of the symbol of what my Grandfather fought to protect, after it was folded and presented to my Grandmother. 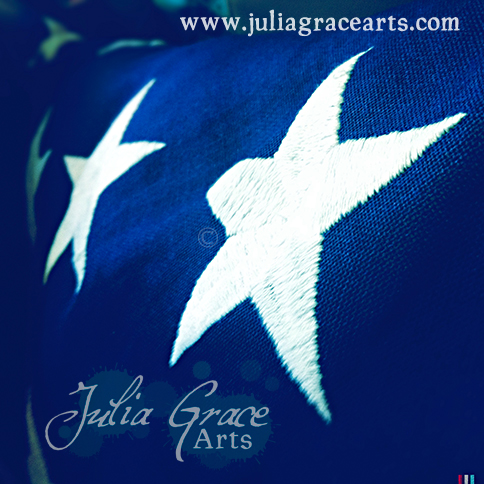 All along the fence by the pavilion they had the crests of the different branches of the military. I took a picture of the Air Force crest even though when my Grandfather fought the Air Force wasn’t its own separate branch of the military yet. Instead he was in the USAAF, the United States Army Air Forces, the direct predecessor of the USAF. 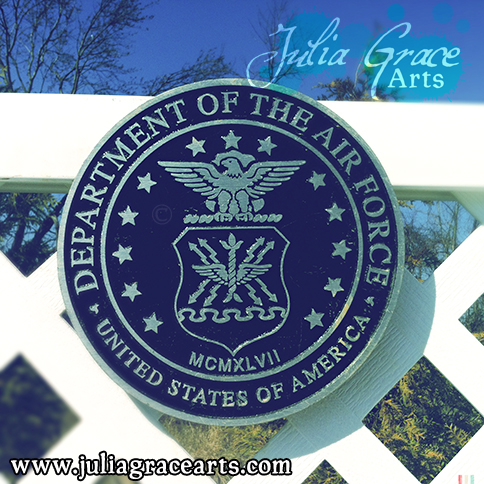 At the meal after the funeral there was a table set up with many pictures and memorabilia. 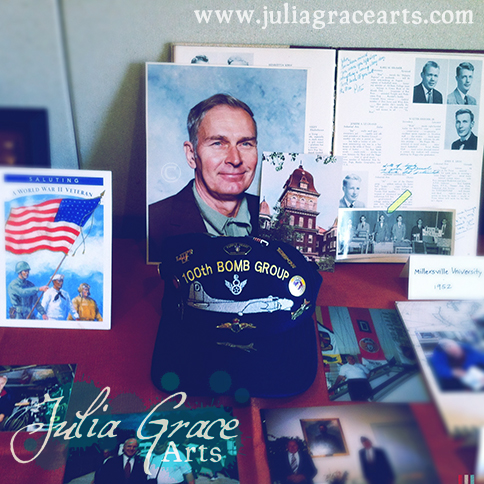 A collection of patches, pins, and a bullet from the war

And last of all, a collection of pictures of me and my Granddaddy when I was little. 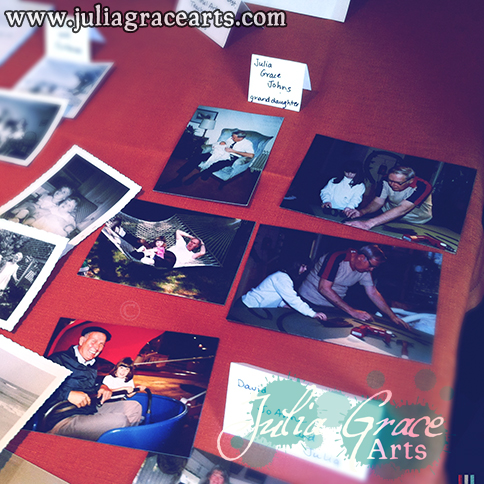 O beautiful for glory-tale
Of liberating strife
When once and twice,
for man’s avail
Men lavished precious life!
America! America!
God shed his grace on thee
Till selfish gain no longer stain
The banner of the free!