A month ago when I left for a few days at the Jersey Shore I thought I’d come home, share my vacation photos, and then get to work on my wool sculpture competition piece, but fate laughed at my simple plans and decided to give me the opportunity to participate in my first craft fair the moment I returned. I signed up as a vendor despite the fact I had no inventory, no tent, no… anything! Then I spent the next 3 weeks in an inventory creation frenzy! It was a lot of work, but a lot of fun as well because I learned many new weaves for my jewelry as well as creating a few of my own variations. I experimented with felting techniques, bought a tent, put together displays and a make your own blown ink greeting card station, and stayed up until 5am on multiple occasions. Everything came together for the day of the fair and while I was stressed out, I did have fun. It was a great learning experience and I met some other nice first time vendors. Unfortunately the fair wasn’t well advertised or attended, but I still made a few sales. My favorite moment was when a family with three small children made blown ink cards! The kids had a blast and so did the dad! I think he might have had the most fun actually. When it was all over I was beat and slept for the rest of the evening and spent the next day scraping my brain back into shape. I am looking forward to implementing all the ideas I have for my next craft fair.

Now that all the craziness from the fair is over I am finally getting the opportunity to share my photographs from vacation! I saw myriad interesting creatures during my visit to the Wetlands Institute’s Wings & Water Festival, Sunset “Cruise”, and the Cape May County Zoo, however this vacation was definitely one for the birds! It started with attending the most impressive raptor show I’ve ever been to. The falconer, Brian Bradley of Skyhunters In Flight, was one the nicest and most caring falconers I’ve had the pleasure to meet. You could tell just how dedicated and caring he was by the way he handled and interacted with his birds and the way he strove to educate, engage, and encourage the audience. He had a wonderful variety of birds and the actual lure chasing demos were amazing!

I arrived a few minutes after the show started, but I still got to see this sweet barn owl for a few moments before he went back into his box. Barn owls are one of my all time favorite owls. 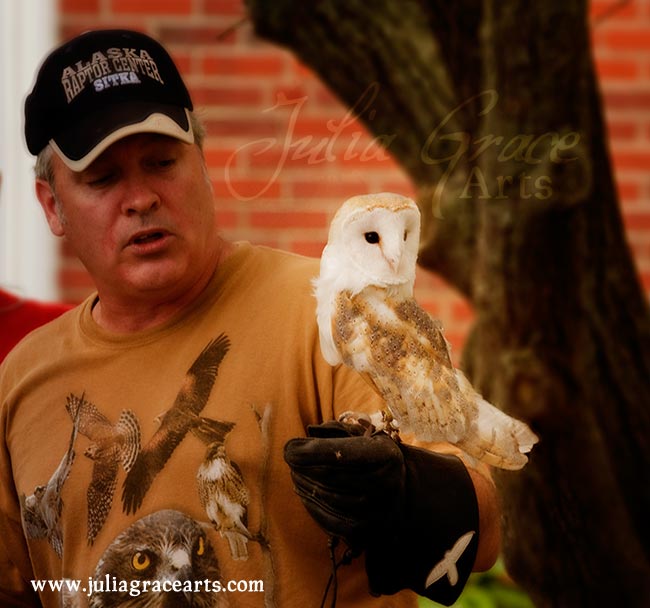 This little bird, an American Kestrel Falcon, did not like the falconer’s baseball cap! I caught him doing the funky chicken in protest. He continued to throw a fit until the cap was removed from sight. 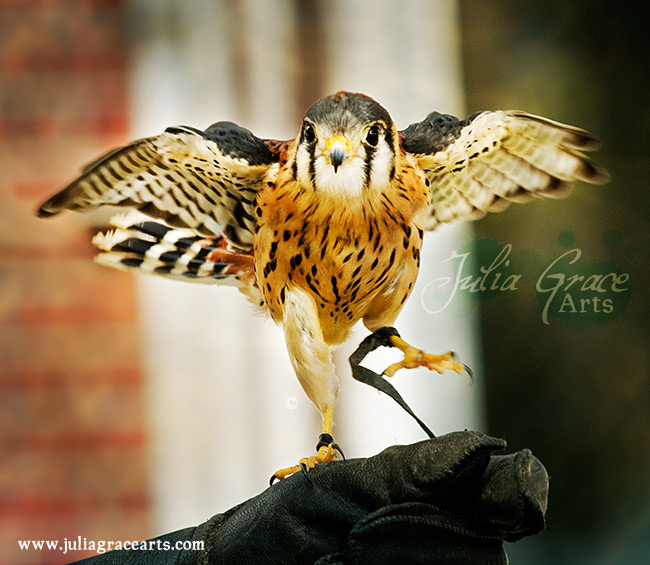 This beautiful guy is a Gyrfalcon. He looks a bit like a juvenile Peregrine in my opinion. Actually, the falconer had an 8 week old Gyrfalcon/Peregrine Hybrid who was the sweetest thing. He hadn’t fledged yet, but was about to, and didn’t have any jesses (tethers) on, so he was rushed back into his box when he showed some inclination to fly. 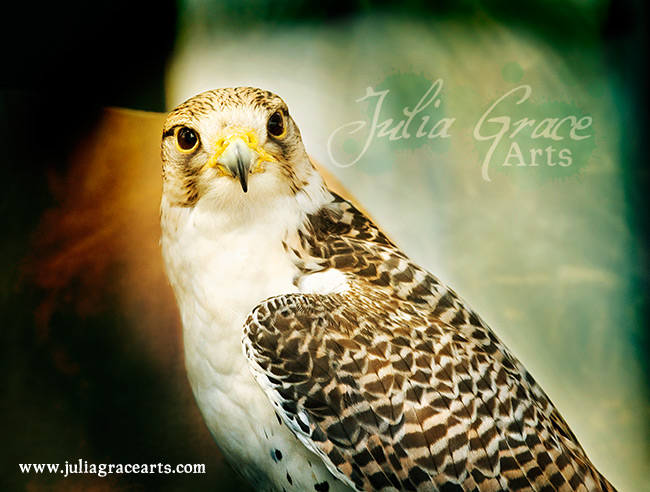 This is an Eurasian Eagle Owl, the largest owl species in the world. They look similar to the Great Horned Owls that live around here. 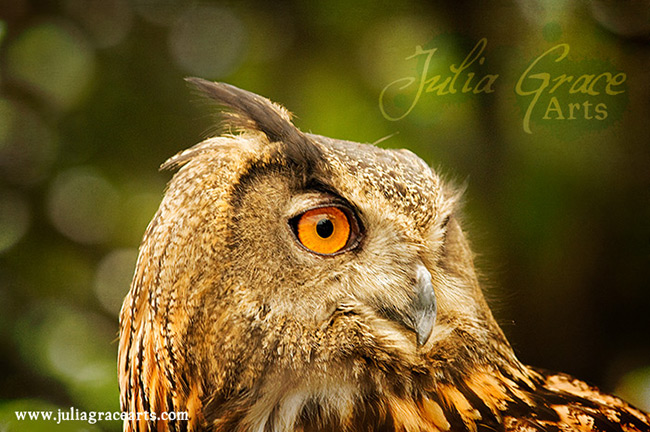 The first part of the lure demo consisted of a Harris Hawk catching a rabbit lure. The best part was when the falconer selected a girl from the crowd to be the one to run the lure across the field as the hawk came in for the kill. What fun! The girl got away quickly after the hawk caught the lure, whether on instruction or not I’m unsure, however if it had been me I would have dragged my feet and stared at the hawk up close for as long as possible. 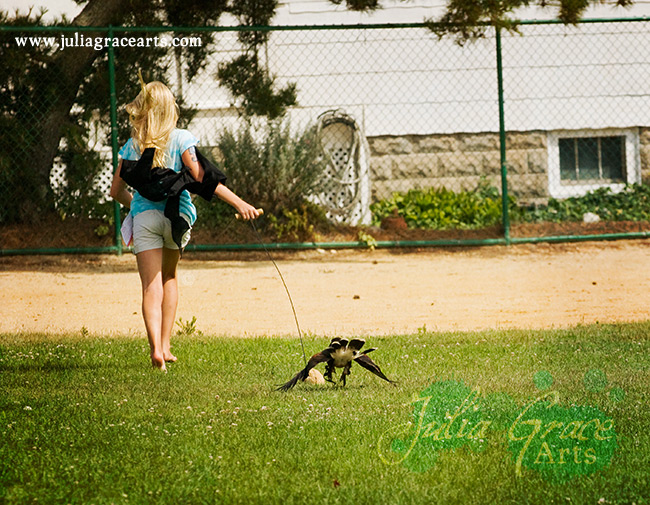 The next part of the lure demo was the Gyrfalcon catching a bird lure, which is spun around instead of pulled. Here you can see his jesses trailing as he flies. 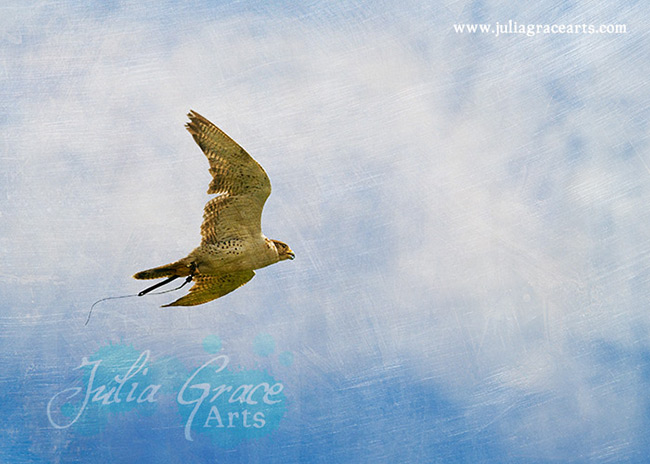 It’s was so amazing to watch this guy catch his lure mid-air as it spun around and around! 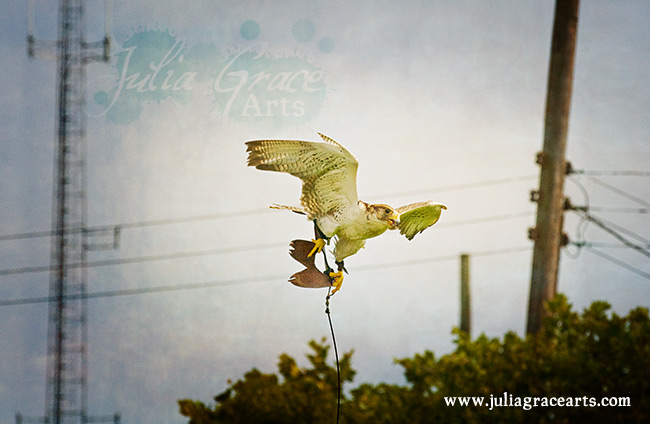 Unfortunately, he flew into those power lines shortly after. Thankfully he wasn’t hurt and went for another flight and caught the lure for a second time, but he wasn’t very happy. He got some nice treats from the falconer to make it a positive experience again. 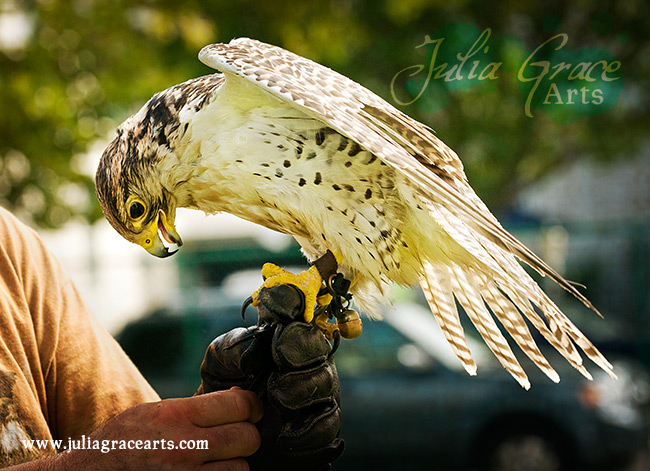 Like dogs, birds don’t sweat, so they pant to try to cool down. The falconer keeps a spray bottle of water around to help cool the birds down with a shower when they are panting. The falcon just finished getting his shower in this shot, though it looks a lot like he is mantling over prey instead! 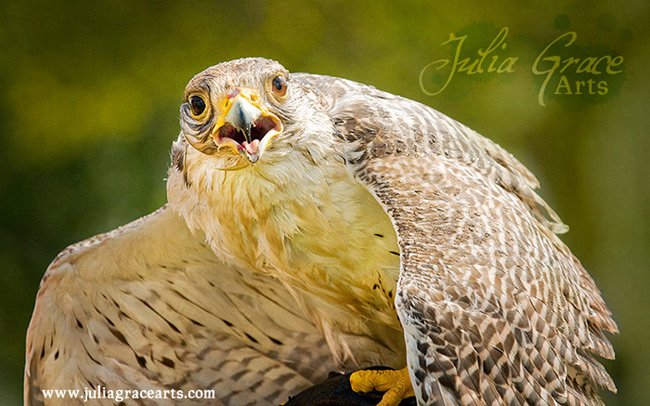 In addition to the humans who appeared to watch the show, a whole murder of crows and gulls amassed almost as soon as the show began. They were not very polite and harassed the raptors mercilessly during the flight demo.  There were at least 30 screaming and cawing. 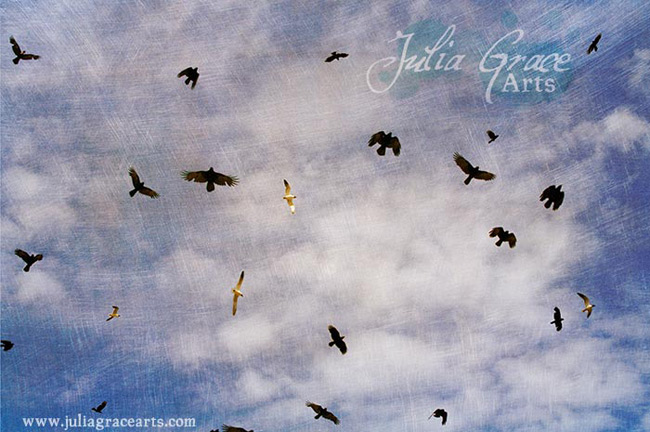 Speaking of Seagulls, I saw lots of gulls and other neat sea birds while on a sunset cruise around the bay including some Osprey on their far away, tall nesting platforms. These two Herring Gulls were much closer. They sat on the pilings in the harbor and peered at us strange flightless creatures as we boarded our boat. 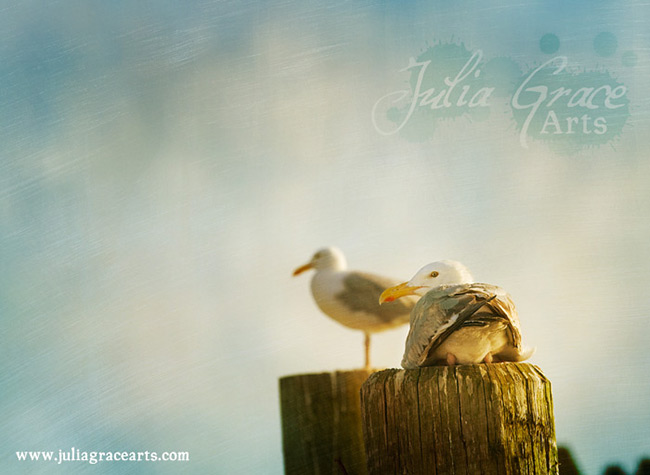 While waiting for the boat to pull out of the harbor I scanned the water looking for Diamond Back Terrapins. They’re were once hunted and eaten to near extinction and remain a protected species in a number of states including Maryland. They’re also the Maryland state reptile. The Wetlands Institute has a conservation program and they release a number of juvenile terrapins bred in their program each year. I was finally able to participate in the release a few years ago, so I really wanted to see one in the wild. To my delight, this fellow popped his head out of the water for a few moments not too far from our boat! 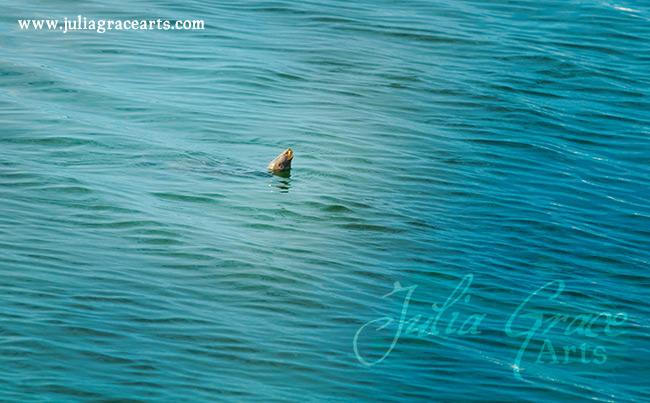 Another rare sighting was of the Black Skimmer, but it went by fairly far away and so quickly in the opposite direction the boat was moving that it just looks like a blur in the photographs. I did however capture this Common Tern flying past the boat. 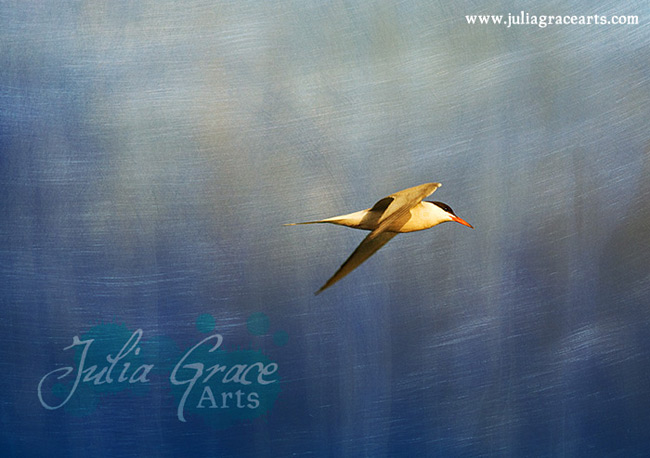 A decidedly less rare sighting is the Laughing Gull. They’re practically a constant in the sky. I still think they’re pretty neat though and this gal flew by a couple of times so I could take her picture. 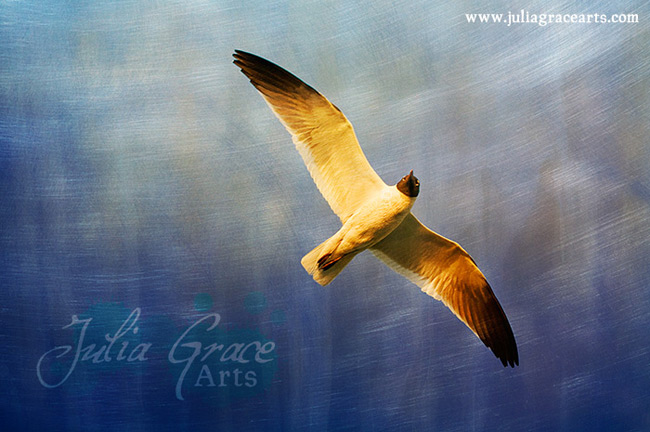 The sunset ended up blocked out by some storm clouds rolling in, but the water was really gorgeous. It shone with wonderful pale shades of blue and teal. 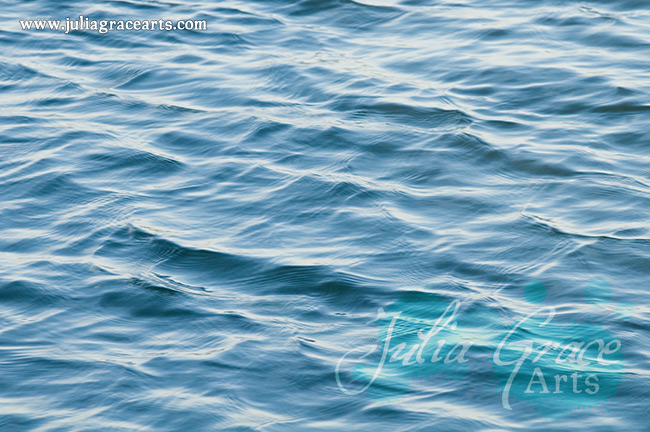 I really enjoyed watching the patterns created by the wake from our boat and others that passed. 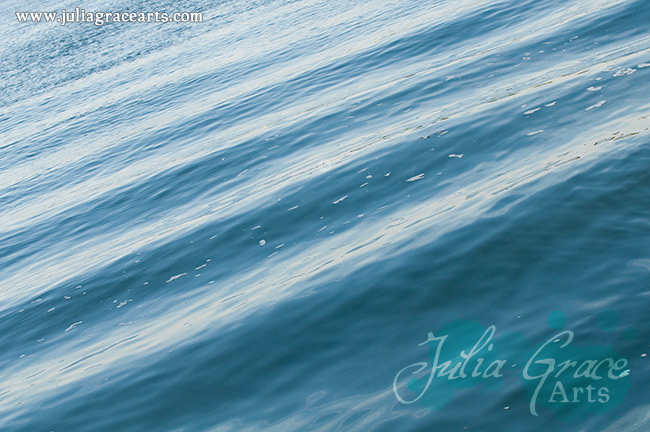 My zoo visit was filled with birds as well. They were about the only somewhat active creatures around since it was midday and very hot while I was there. The rest of the animals were practically all asleep, like this lion. His expression about sums up what I thought of the heat. 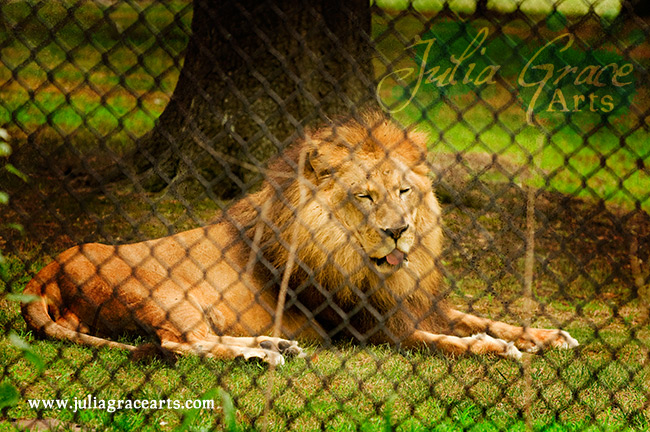 The bobcat was also not thrilled by the heat and stayed in the shade. 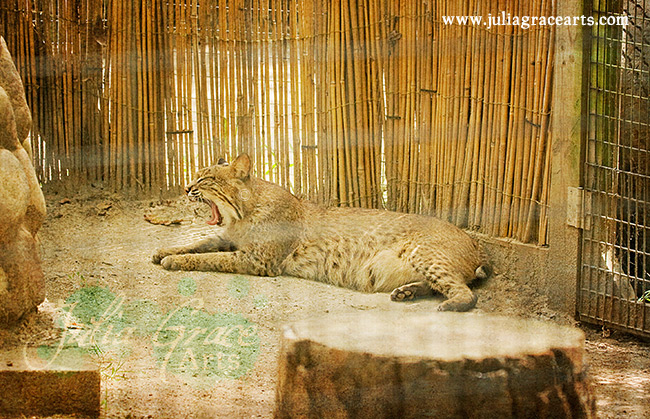 Ironically, the only active big cats were the Snow Leopards. This is probably because there were two cubs with boundless energy in with the mother, who looked tolerant and tired. The cubs are the third litter bred at this zoo! I saw the first litter 3 years ago as well. They’re the most adorable bundles of fur. I’m glad the zoo is helping conserve this species. They’re too magnificent to lose. 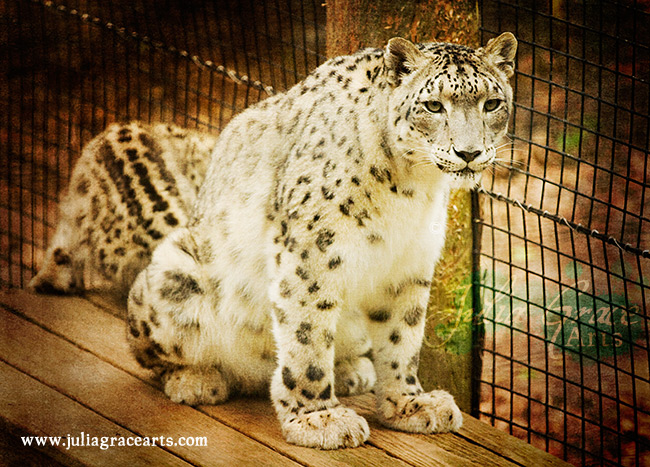 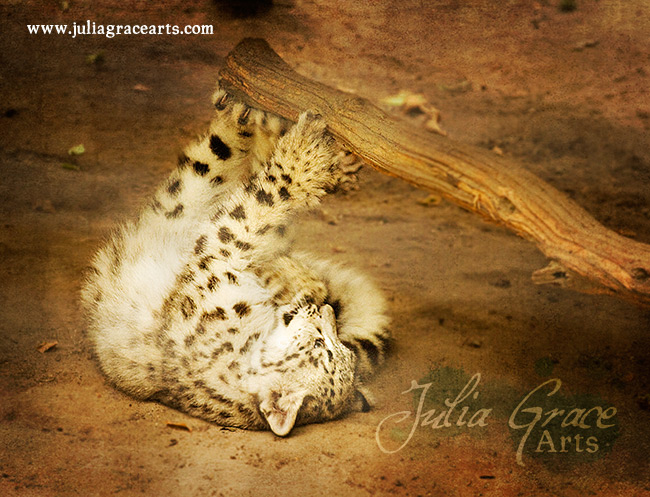 Over by the pond, a Peacock relaxed in the shade while a Green Heron stalked some fish. 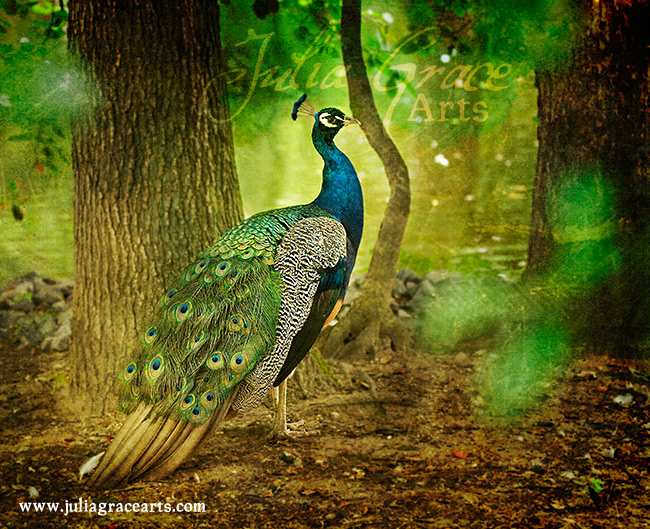 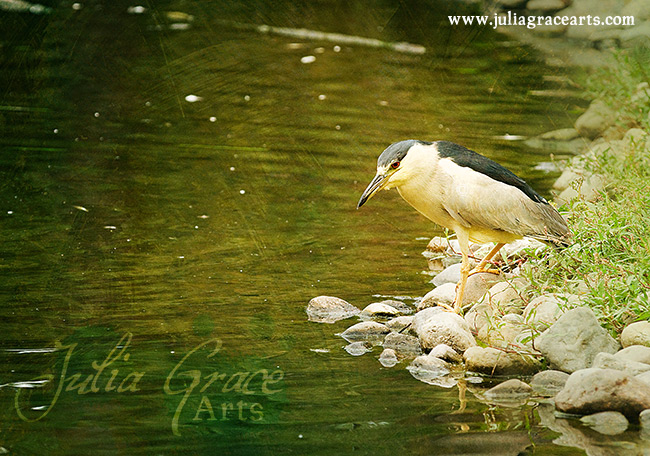 While waiting fruitlessly for the river otters to wake up, I saw this well camouflaged, little sparrow flitting around in the leaf litter looking for crumbs. 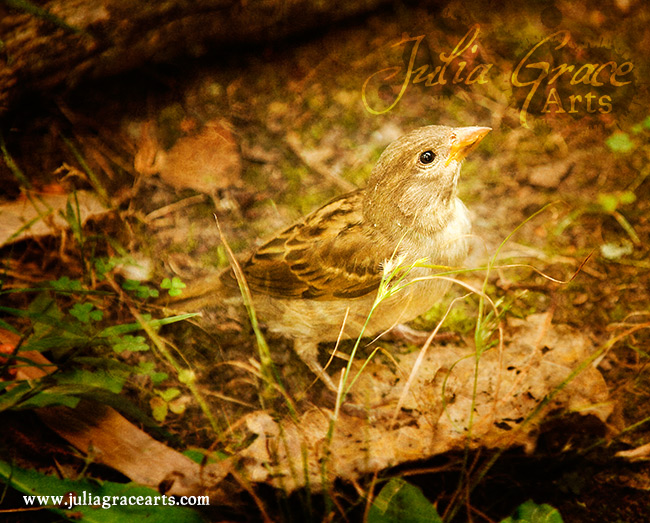 The zoo also has a pair of Bald Eagles, who sat far above us and peered down, probably making rude comments to themselves and snickering at the tourists. 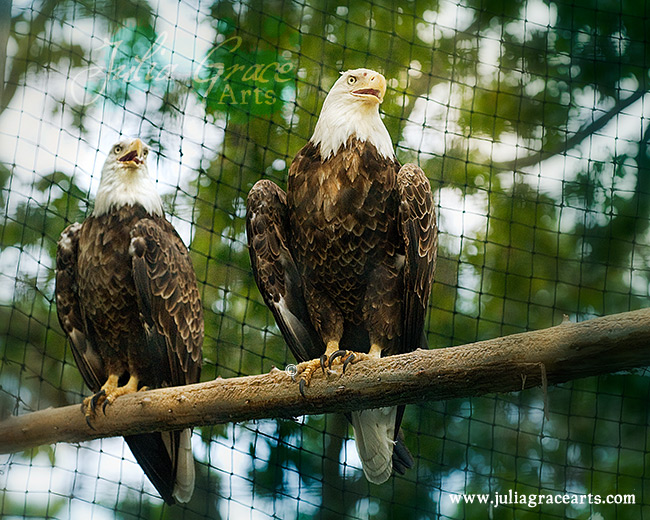 This Snowy Owl, who has probably been at the zoo as long as I’ve been alive, also has a penchant for glaring at the passers-by. Perhaps he grew weary of being called Hedwig and asked about Hogwarts acceptance letters. 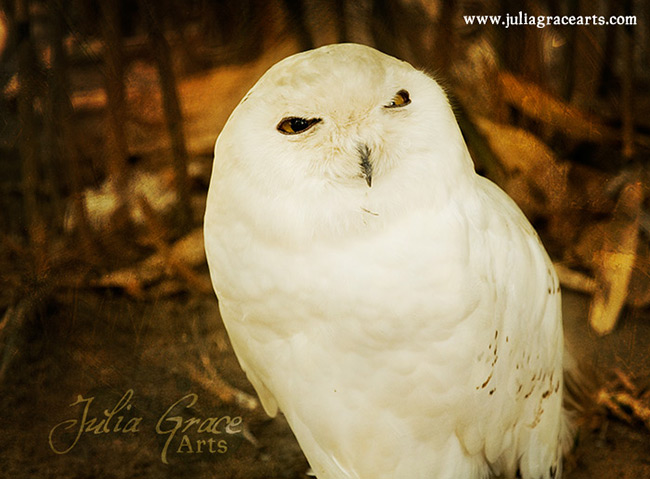 Another colorful character of the avian variety is a favorite of mine, the toucan! He was having his lunch when I arrived and it’s quite the feat. He would pick up each piece and toss it in the air so he could get it down his gullet. Quite a lot of work for such tiny tidbits! 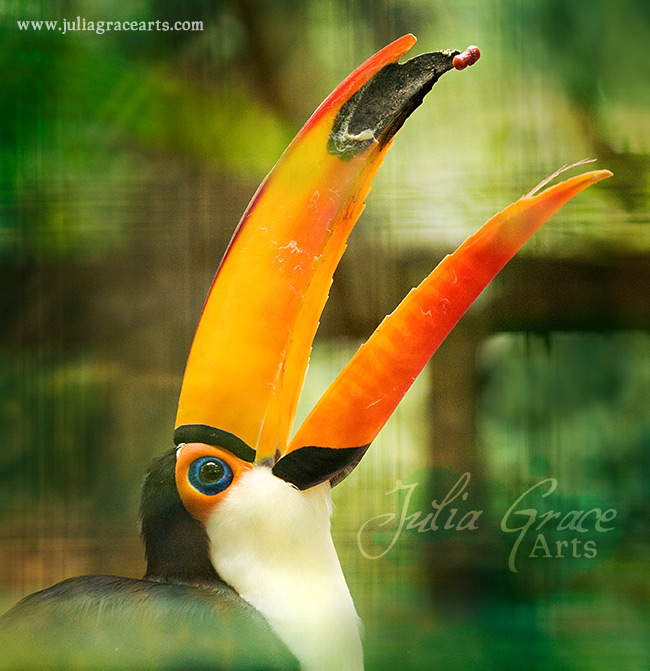 He would pause to look at me and the other people going by with their clicky-clacky cameras every so often. 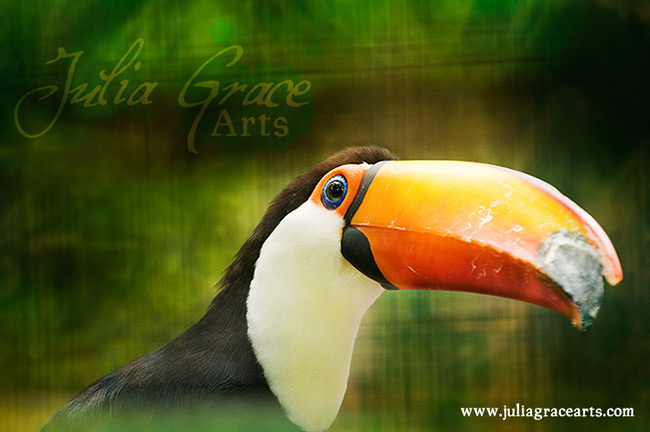 Eventually he gave me this disdainful look, which seems to imply something to the effect of “Hey punk, my beak is bigger than your lens, so back off!” I let him get back to his lunch after that. 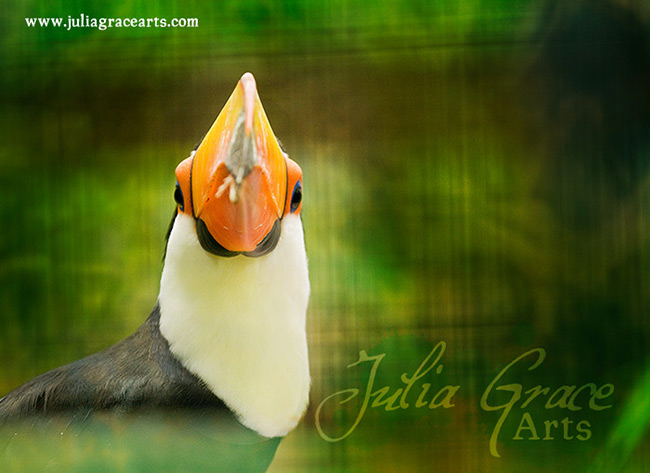 And with that I will leave you. I hope you enjoyed the pictures! It’s practically a miracle I got them up since my computer was full of gremlins who did nothing but cause crashes today. Hopefully I can appease them with offerings of extra wattage so my next post won’t take so long.

« The Making Of Maxey Open For Enrollment! »

Hi Friends :o) Check out these awesome pictures my daughter took. While down on the Jersey shore we went to a Raptor Educational Demonstration that was fantastic and took a boat ride on the back bay. The photos of birds and animals are amazing!