I have been waiting to do this post for a long time! I’m very excited to finally show you the pictures, so without further ado I present to you, Stitch! 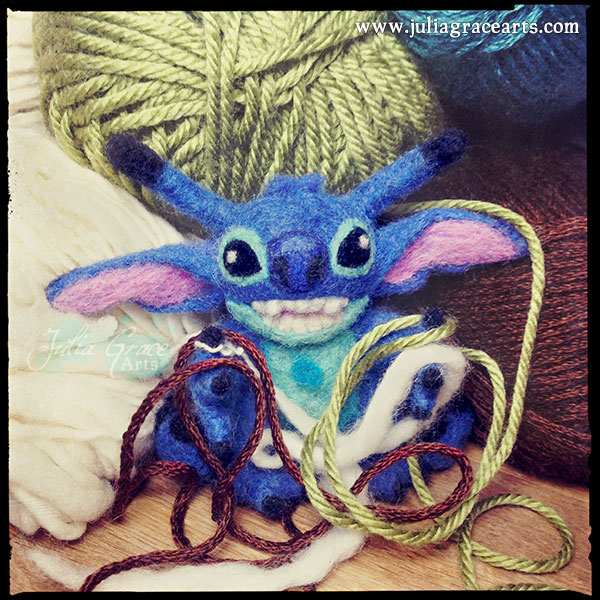 The reason I’ve been waiting to post these pictures is because Stitch originally started out as a gift for a dear friend of mine. He and I met in photography school and discovered we both loved Stitch (from Disney’s Lilo & Stitch for those who are unfamiliar with the character). This love eventually became a tradition of giving each other Stitch themed presents for birthdays and Christmas. In the past couple of years I started making the Stitch gifts myself rather than buying them, especially because it’s nearly impossible to find something that depicts stitch with all six arms and antennae  In 2011, I decided I would make a Stitch wool sculpture for my friend’s birthday/Christmas present. I felted up this little guy and promptly fell in love. So in love I couldn’t bear to part with him. My mother, upon seeing him, actually told me I was not allowed to give him away! So what could I do? Well, make another of course. Unfortunately, finishing that other Stitch took me until this past Christmas! The poor guy sat on my shelf 90% finished while I was buzzing around dealing with life and teaching. Finally I was able to finish him and send him to my friend for Christmas. He was a big hit and now I can now post pictures without spoiling the surprise. (See what I mean about how I’ve been waiting a long time?) He stands about 3 inches tall at the top of his head, though I’m sure he would insist I measure from the top of his antennae. Here’s a few detail shots. 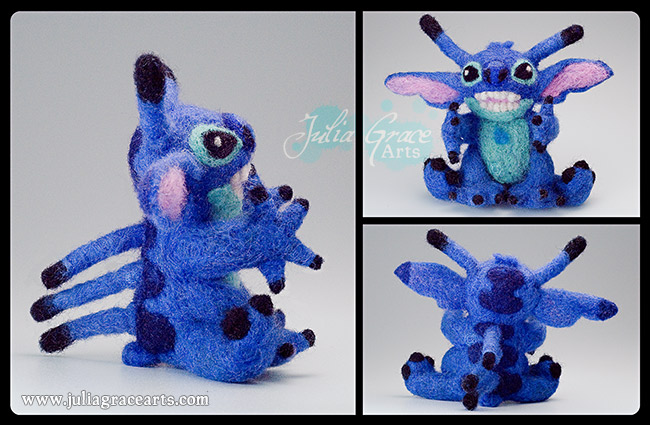 And here is my Stitch with the one I made for my friend. His is larger and the face is not quite so flat. I think it’s more accurate to the character. 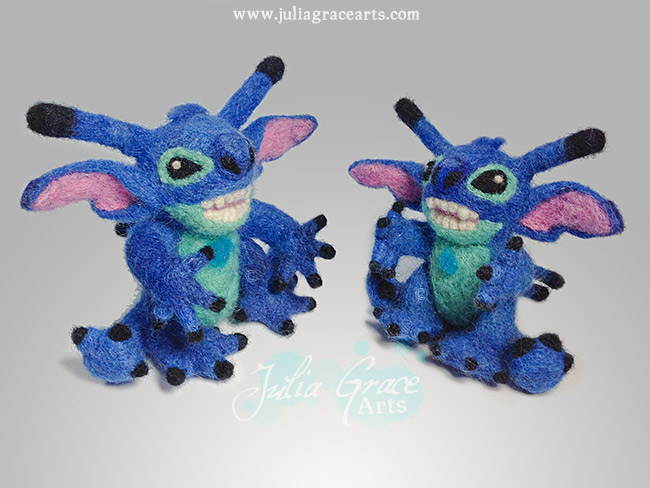 I told my friend that his Stitch came with a hug, here’s why: 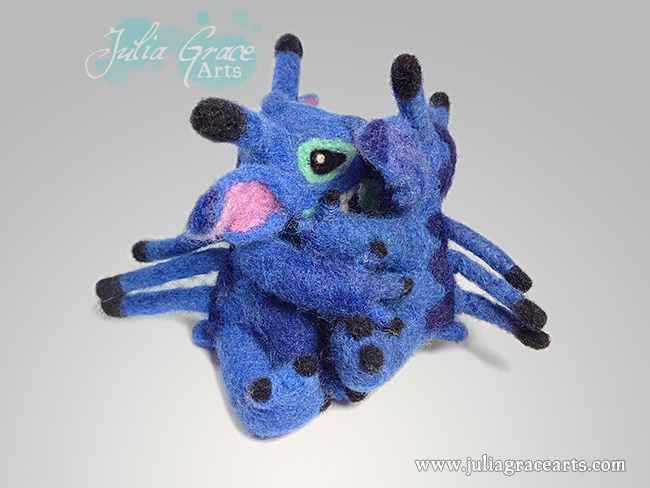 I hope you find my needle felted Stitches as adorable as I do, cause that’d make it feel a bit less like bragging! Ha!
Aloha!
- Jullese

« An Update & The App Wars Children Of The Moss & Other Prints »