Children Of The Moss & Other Prints 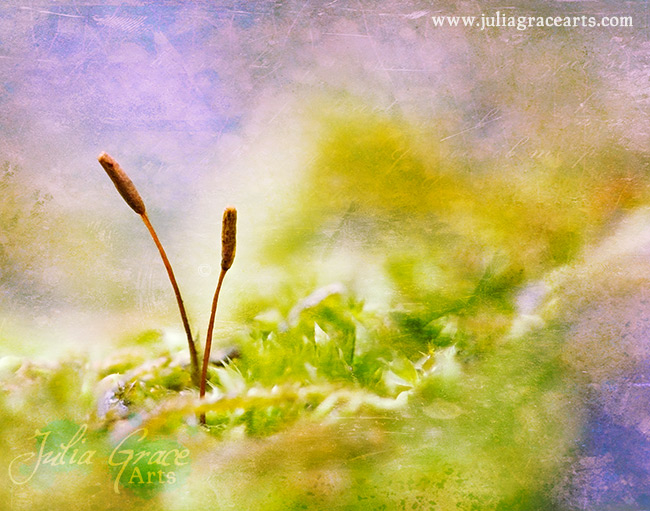 This first image, which I couldn’t resist titling “Children Of The Moss”, is a macro shot of two little moss seedlings, about 1/4″ tall, growing up from a small patch of moss on a rock. I got soaking wet laying on the ground to get close enough, since it had been dreary and rainy. Still, to find something so tiny and make a print of it that is much larger than life was great fun. 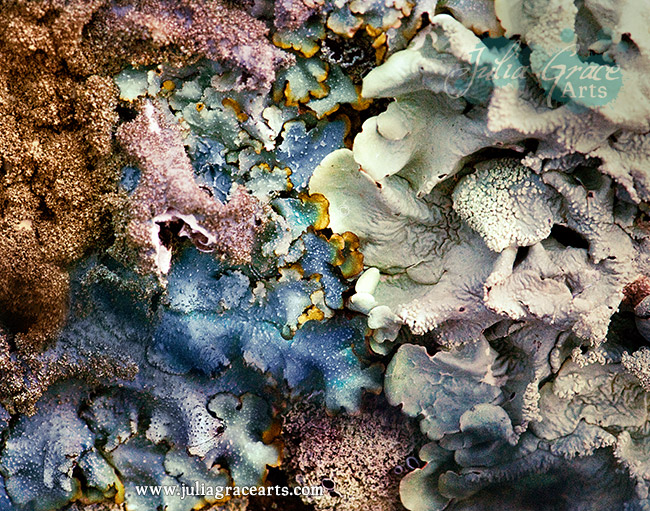 This is a colony of lichen growing on a fence rail. It was almost dusk and I didn’t have a tripod, so I ended up wedging my camera between the fence rail and the wire fence attached to it to get the right angle without blurring it. I’m glad I took the time to stop instead of passing it by on my way out. I am really in love with all the textures and colors! 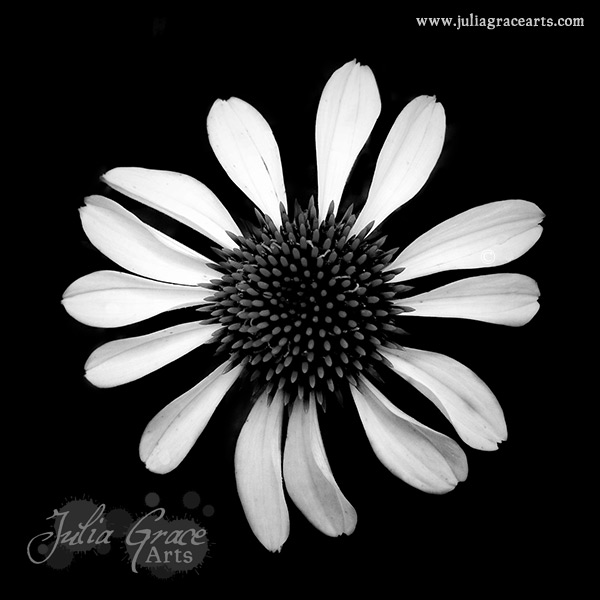 Here’s an image I took this past summer. There was a small cluster of cone flowers growing by the pond and I thought they’d make a great test subject for my new black and white “film” in the Hipstamatic app on my iPhone. I’m pretty happy with how it came out, what do you think? 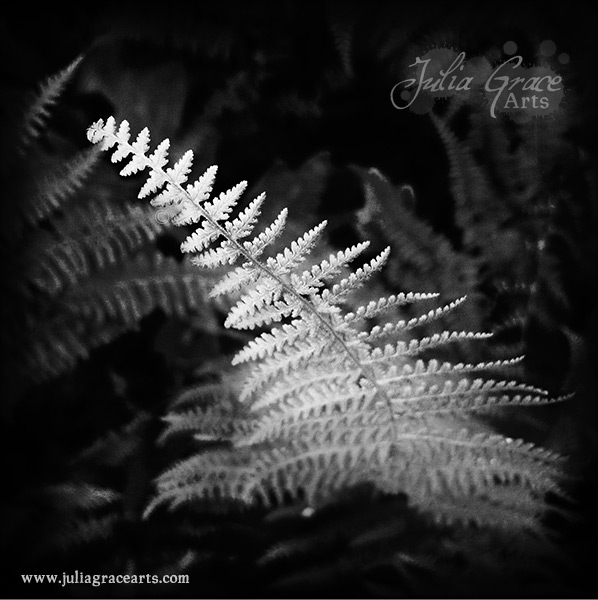 Another image from last summer, titled “The Forest’s Feather”. I grew up next to a lake and the surrounding woods were carpeted with lots of ferns. Unfortunately there are not many ferns where I am living now, so it’s nostalgic walking through the sections of the arboretum where the ferns grow, as they wave in the breeze as if they’re greeting their long-lost friend. 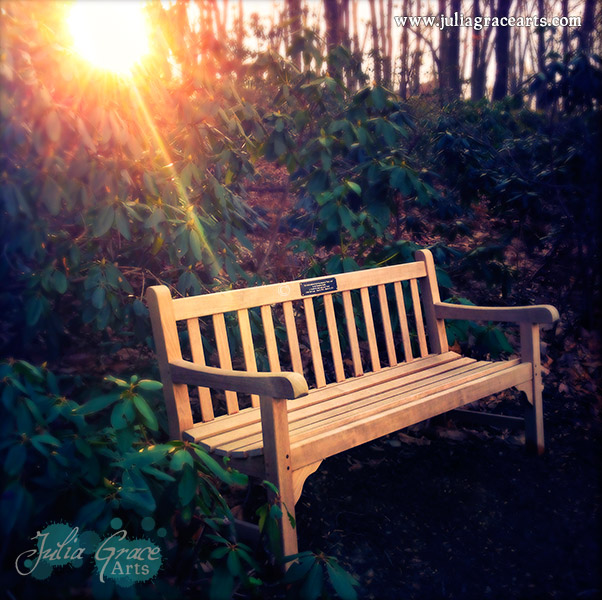 This last image, while it may not have much meaning to anyone else, is particularly special to my family. It’s titled “My Grandfather’s Bench” and the bench itself has a plaque dedicating it to my late Grandfather. I was asked to take a photo of it by my aunt and was really happy to have been there at the right time of day to capture the sun’s rays as they reached through the trees towards the bench. Without those rays it would just be a picture of a bench, but with them, perhaps it will convey to others a little of the meaning it has for my family.

The reason I was so excited for the prints to arrive is because I ordered the first two images as canvas prints from Artsy Couture. I’ve never ordered their canvas prints before, but they said they have “the tightest corners in the industry” and their prices are significantly less than other print labs. I am extremely pleased to say that they do indeed have the tightest corners I’ve ever seen and the quality of the canvas and print itself is outstanding! I am in love with these prints and will definitely be ordering from Artsy Couture again. Here’s a picture of the canvas, though you can’t really see the texture, you can see how sharp the edges are: 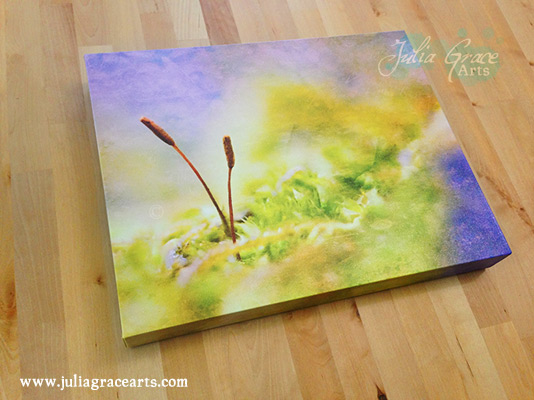 Here’s a close up of the corner. Pretty amazing! 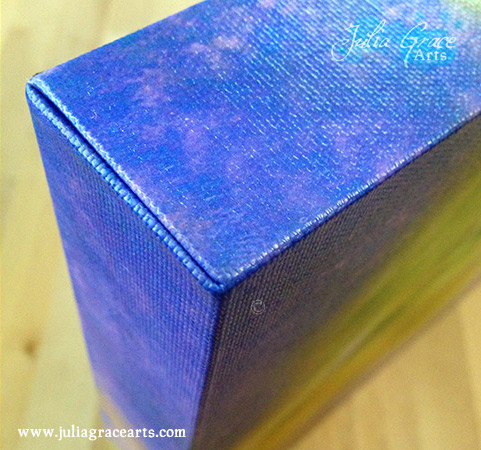 Also, the canvas is mounted on a block. It’s solid all the way across the image, rather than just being on a stretcher frame as the other canvas prints I have are. This gives it stability and prevents the sagging of the canvas as it stretches. My only thought is that over the years it might develop a bubble, but I doubt it would.

The other images I ordered as dye infused metal prints from Bay Photo. They came out pretty splendid as usual. You really have to see them in person to appreciate the satiny finish though, so if you’re in the area be sure to stop by and visit the gallery! It’s running at the Jenkins Arboretum in Devon, PA from March 1st through April 5th.

Have a great day!
- Jules

•An Update & The App Wars