Fourteen days after posting my concept art and my Sky Whale wool sculpture is complete! I had to pull an all nighter on Sunday Night to get him finished and photographed so I could enter him in the Calendar Of Tales Project, but it was worth it. His mottled skin came out quite nicely and reminds me of Van Gogh’s Starry Night (which seems to influence any of my work involving space!), so I named his coloring after the painting and the whale himself, Vincent. Here he is in all his sparking glory. What do you think? 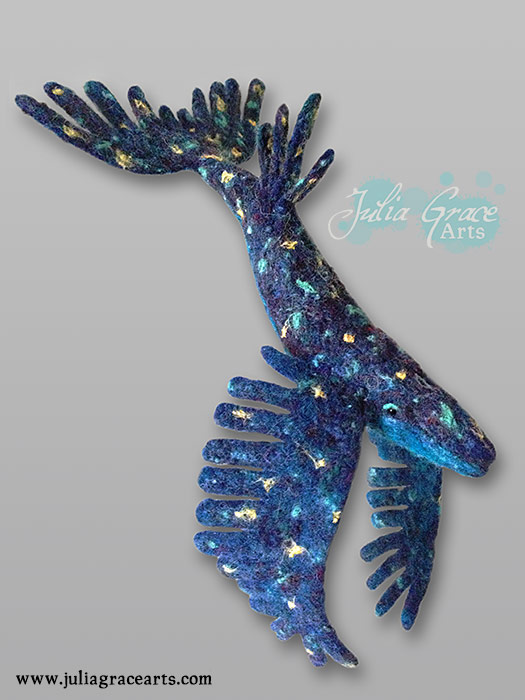 He’s 100% wool, no wire or filler, though he does have seed bead eyes. He was so much fun to make and quite challenging too, since the fins/wings required some experimentation and new techniques. I’m going to put up a “making of” post to talk about the creation process, (now found here) but for now I just want to enjoy the fact that he’s finished! And share all his detail shots with you of course.  I really love the way his face came out, it makes me smile! 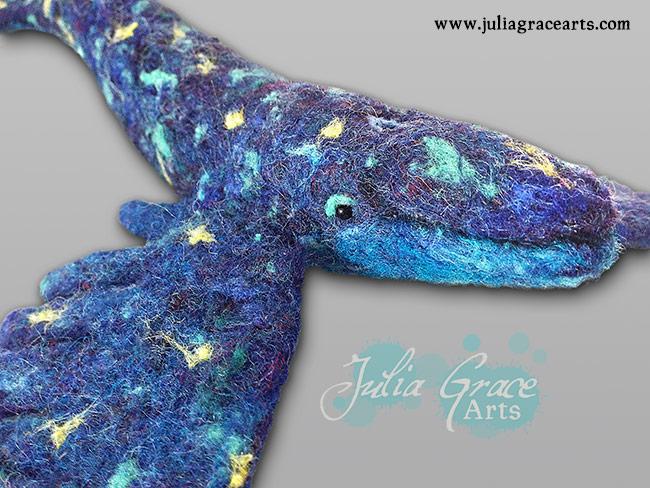 Excuse the moon, but I really like this angle to show the way his fins curve. 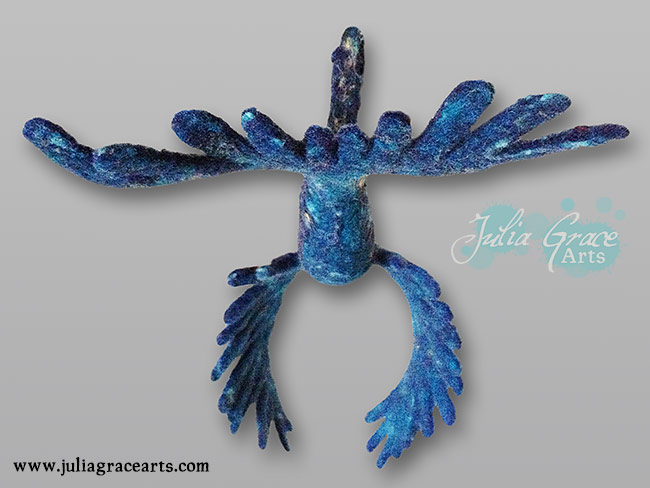 Here is his wingspan. I should have stuck a ruler in there for perspective, but he’s 12″ from wingtips to tail-tip as well as across. His body is 9″ and the tail-span is 7″. He’s the largest thing I’ve felted yet! I’ll definitely be felting more larger items though, they have such a presence. 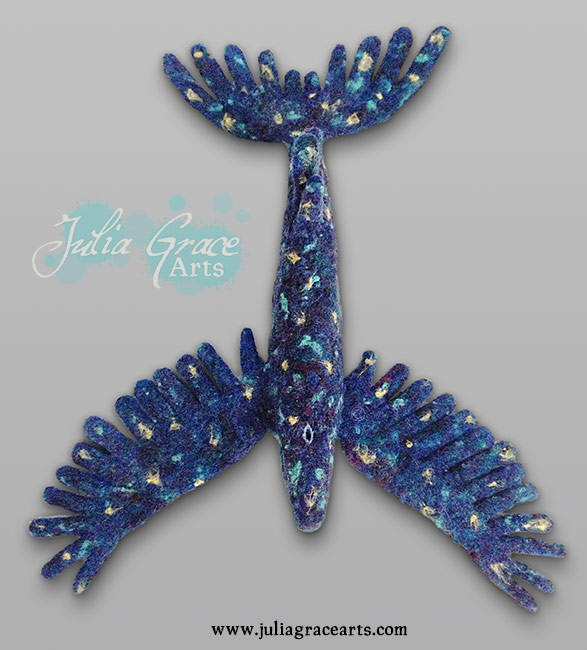 It’s been really dreary out, so I haven’t been able to take a nice “portrait” of him outdoors, plus, when I read Neil’s story I imagined the place where “the skies and seas are one” as an amalgamation of the ocean, sky, and space, so I give you this photo-manipulation. It was fun experimenting and learning new techniques to make a space scene too. All around making Vin was quite educational. 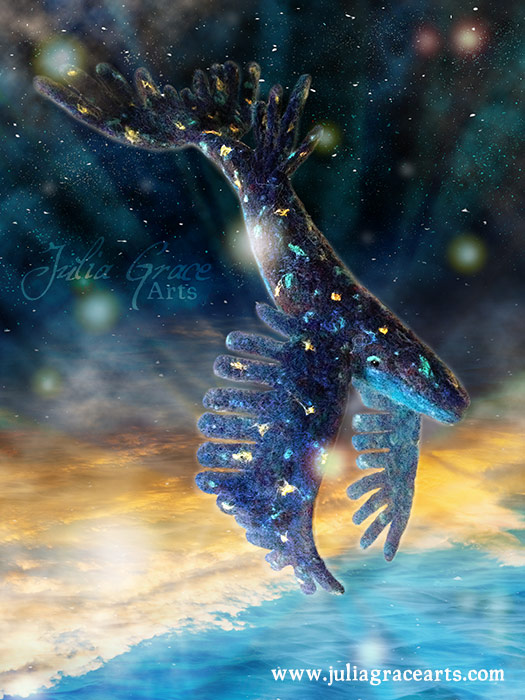 **Update**
Vincent was chosen as one of 20 finalists for February Tale art for the Calendar of Tales Project! Wow! I’m so excited!! He is featured on the official website here (scroll down or click to February and he’s a thumbnail below the winner)

I would love to hear what you think of him, so leave me a comment below!
- Jools

PS. You can now view the making of Vincent here!

« Calendar Of Tales Concept Art Creation Of A Sky Whale »